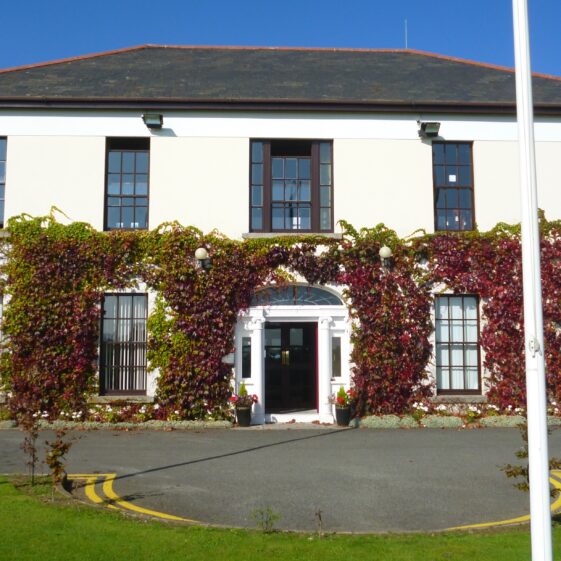 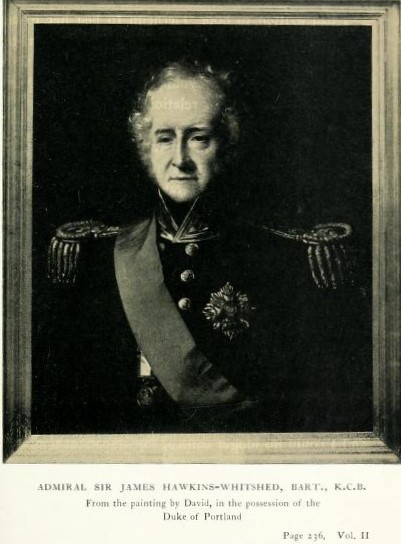 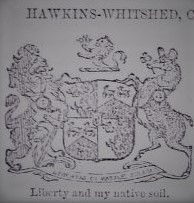 Hawkins-Whitshed coat of arms.
Dohrett's illustrated baronetage, with the knightage, of the United Kingdom of Great Britain and Ireland, Dean & Son, London, 1896. 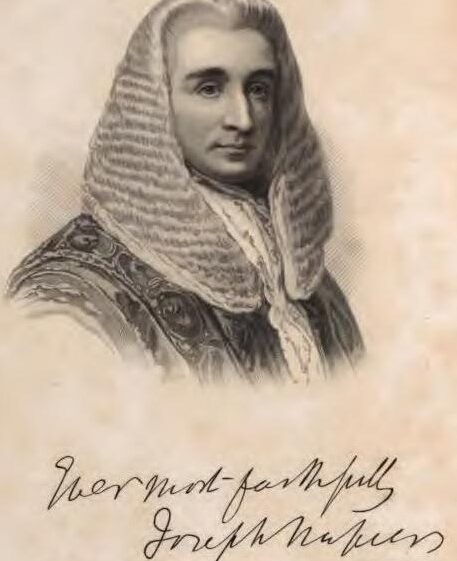 This was the original country seat of the Hawkins- Whitshed family, though all that survives today are the outbuildings and the estate steward’s house. Killincarrig House was located at the top of Whitshed Road, to the western end of the Burnaby housing estate known locally as ‘the Burnaby’. The main house was demolished between 1840 and 1890. All that was left, is what was recorded in 1913 as Killincarrick Farm House. These buildings form the modern-day Greystones golf club-house.

This 18th century country house was built for the Hawkins Whitshed family, who inherited the land around Killincarrig, and Jobstown in Co Dublin, from William Whitshed. In 1840 Arthur Jones was recorded as the occupant of Killincarrig House. He was a gentleman, Magistrate, and Justice of the Peace. The  house was let out for summer periods, which indicates that the Hawkins Whitshed family spent little time at Killincarrig House.

In 1853 the Dublin Evening Mail records the Right Hon. Joseph Napier arriving at his residence Killincarrig House near Delgany. He was the son of William and Mary Napier. Joseph was an MP and later became the Attorney General of Ireland. Sometime after this,  Joseph became baronet of Merion Square.

In 1858, Grace Mary-Anne Hayes died at Killincarrick House. She was the daughter of John Shaw of Donlagh Co Dublin, and wife of Edmund Hayes, Solicitor General of Ireland. She died resulting from an accident where her clothes caught fire. She was only 40 years of age.

After this house was demolished, the steward’s house survived, and was occupied by the Evans family, stewards for the Hawkins- Whitshed Estate.