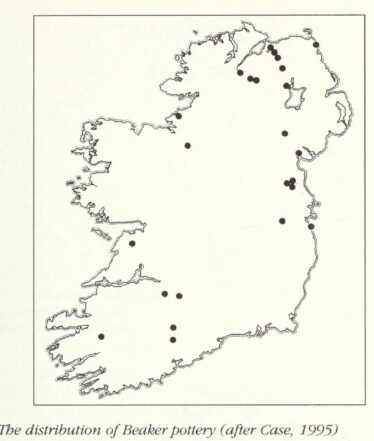 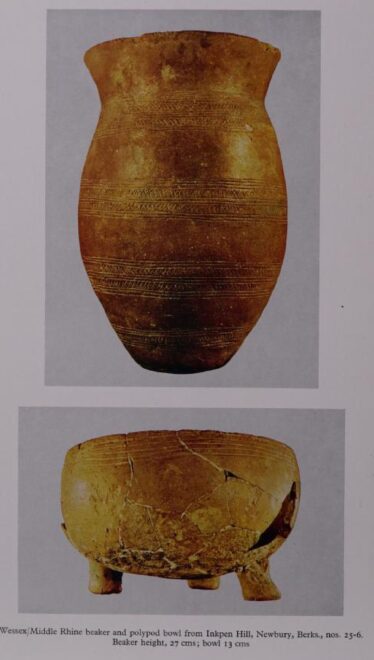 The Bell Beaker period is an archaeological culture named after the inverted bell-beaker drinking vessel used at the beginning of the Bronze Age (2500 BC). These brightly-coloured, bell-shaped, earthenware beakers were decorated in horizontal zones by finely-toothed stamping, modelling, incising and impressing.

This highly-skilled decoration system originated in the Tagus estuary in Portugal, around 2800 BC. Genetic analysis of bones from this time shows a significant migration of people throughout western Europe.

The Beaker artisans came to the north and east of Ireland around 2500 BC, probably in search of copper and gold to trade in Britain and Europe. Wicklow had rich gold deposits and presented an obvious target.

Beaker people buried their dead with stylised daggers, arrowheads, stone wrist-guards, and distinctive perforated buttons. Their graves were round barrow graves, with low earthen mounds, completely unlike the large-stone megalithic structures at Newgrange, Knowth and Dowth.

Numerous fragments of Beaker pottery have been found at Rathdown.