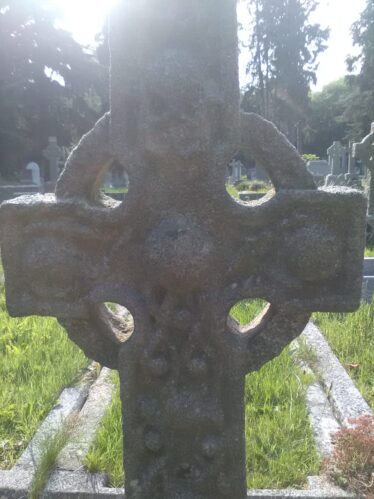 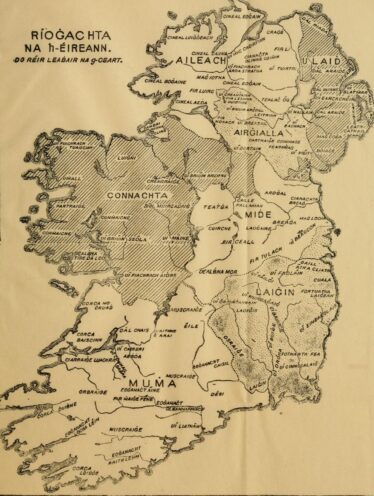 During the early stages of the Iron Age, a new culture started to evolve across Europe, the Celts. When this Celtic culture reached Ireland, its influence was destined to have a dramatic, lasting effect,

This was not an invasion, starting instead with trade. Over time, between 800 BC and 300 BC, the Celtic language, beliefs, technology, art, and ironwork filtered in.

The Celts arrived in Ireland in four distinct waves. The third group, the Laginiens, settled in Leinster and Connaught around 300 BC. These were followed by the final wave, the Goidelic, who created  a fifth province, Meath, between Leinster and Ulster. ( the modern Irish word for “province” to this day is “cuige” which means one fifth ). The language of the Goidelic is the basis of both modern Irish-Gaelic and also Scots-Gaelic. Written Irish, known as Ogham script, took the form of a series of marks along the edge of a tall stone, the Ogham stone.