You are here: HomenextTOPICSnextBATTLE OF DELGANY 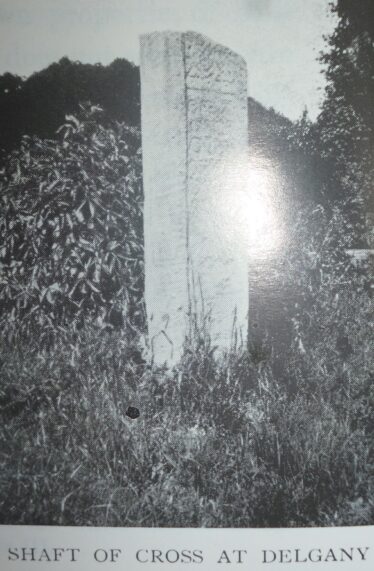 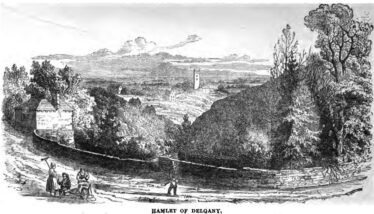 zoom
Hamlet of Delgany
From How to spend a month in Ireland, and what it will cost, Sir Patrick Roney Cusack, Chatto and Windus Publishers, 1874, page 20.

The Danish kings ruled over the city of Dublin and a considerable part of the country called Fingall, extending along the sea coast between Dublin and Drogheda, as far as Balbriggan, and comprising the greater part of the baronies of Coolock, Nethercross and Balrothery. They also possessed the places along the coast south of the Liffey, in the County of Dublin, with some parts of Wicklow, and they had fortresses at Dunleary, Dalkey, Bray and Delgany. They had a fortress at Clondalkin, and appear to have extended their power into Kildare, as far as Athy.

In AD 1021, Ughaire, King of Leinster, defeated the Danes of Dublin, under Sitric, in a great Battle, at Delgne Mogarog, ( Delgany), in Wicklow. The Danish forces were defeated with great slaughter, and several thousands of them were slain.

The men of Leinster were under Ughaire, who was the son of Dunlaing. The battle was fought to avenge the death of Brann, King of Leinster, who was killed by the Danes. According to Mac Geoghegan six thousand Danes were slain. Sitric was the son of Amhlaibh, Danish King of Atha Cliath.