You are here: HomenextTOPICSnextTHE RAILWAY 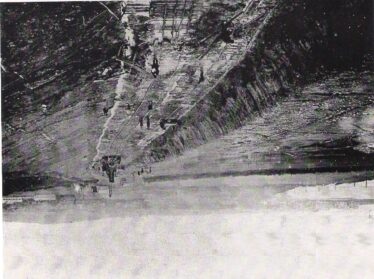 zoom
Building work in preparation for the arrival of the Railway at Greystones.
Pictorial History of Greystones, 1855-1955, A collection of old photographs, compiled by Derek Paine, Martello Press, 1993, page 17. 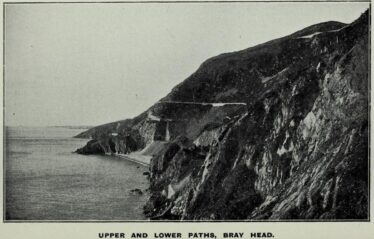 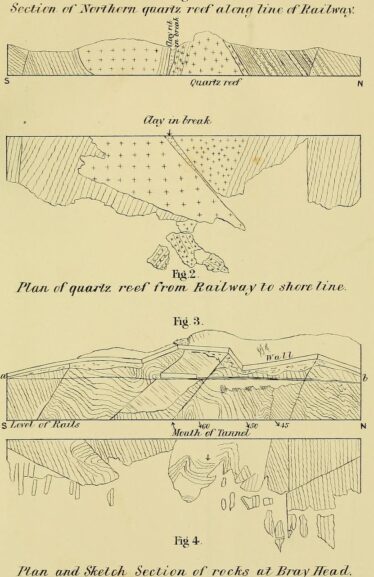 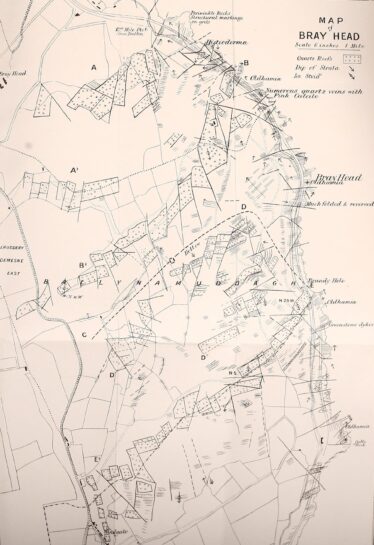 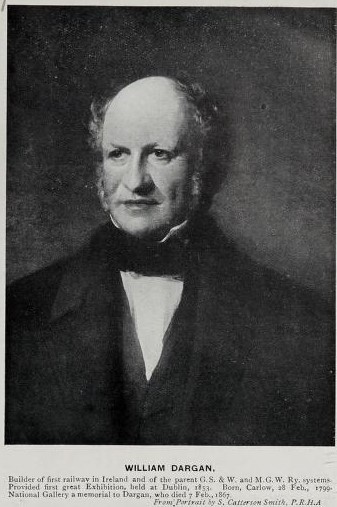 It was back in 1844 that Isambard Kingdom Brunel informed the Dublin and Kingstown Railway, which was the first line in Ireland, that he intended to build a broad-gauge railway line to Rosslare. His offer of expert help with this line led to the formation of the Waterford, Wexford, Wicklow and Dublin Railway. Though Brunel was engaged by the above-mentioned  company, and had taken on an assistant engineer named Gibbons, the project was cancelled, as major backers had pulled out by November 1844.

Luckily, the work on Brunel’s railway was revived in 1853.  By July 1854 the line to Bray was opened, though many problems were discovered at Bray Head. Brunel would use his experience from the Thames Tunnel to carve three tunnels through Bray Head. This was not his only project in Ireland, as Brunel was engineer for the line between Cork and Youghal.

In 1846 two undertakings, for the construction of an inland railway from Dublin to Bray, and a line from Bray to Wicklow, amalgamated, and were incorporated as the Waterford Wexford Wicklow and Dublin Railway Company. This association obtained a 999 year lease of the Dublin and Kingstown Railway, and also acquired the Dalkey  atmospheric line in order to convert it to locomotive traction, and extend it to Bray. Brunel engineered the Bray to Wicklow section, which is 16 miles in length. The purchase of the land cost very little, but, due to the difficulties of Bray Head, the cost of this whole section of 16 miles worked out at £25,000 per mile, on average.

In 1855 Brunel designed three tunnels for double track, though only a single track was laid. These tunnels were built by the renowned contractor, businessman and philanthropist, William Dargan. The tunnels were named the Brabazon, a 210-yard tunnel, the Brandy Hole a 300-yard tunnel, and the Cable Rock, which was a 143-yard tunnel.

The railway journey around Bray head is 3 miles in length. The first engineering feature travelling out of Bray is the Bramstones Tunnel. The first viaduct was fraught with difficulty, as when it was near completion, the whole fabric was swept away, and carried out to sea, over one night.

Subsequently, on the morning of August 9th, 1867, it was the scene of a horrific accident. A passenger train had reached half-way across it, when the engine left the line, and sprang into the ravine at the land side, dragging with it a third-class carriage, while the next carriage turned over on its side, and hung suspended, half on the bridge.

Most providentially, the engine had fallen over on the land side, where the depth of the shelving side of the rock was not more than 40ft. Had it gone over on the sea side, it would in all probability have pulled the whole train with it, and the fall would have been 100ft. Two persons were killed and fifteen injured.

This tragic accident resulted in the line being diverted inland, and the building of a longer tunnel. Also a wall was built, 100ft above the railway line, to reduce risk from falling stone.

In 1909, the railway company had obtained the powers to construct a new line further inland, but the funds were not available. The projected deviation would turn inland south of Bray Head and after pursuing a course  one to three miles distant from the sea, it would rejoin the old line at Killoughter, 2 ½ miles north of Wicklow.

In 1876, Brabazon Tunnel was bypassed by two shorter tunnels. Also, two timber trestle viaducts  south of the Brandy Hole were replaced by a single masonry arch and two arched sections built to support the cliff above the track.

In 1889, the Brandy Hole and Cable Rock tunnels were relined with stone and brick, though without altering the loading gauge. Also, another bridge was replaced.

In 1913, due to further erosion at the base of the cliff around Bray Head, a major deviation project was deemed necessary. This included the building of the Long Tunnel, which was designed by the engineer Courtney Edward Moore, who resided at Millbrook House in Greystones between 1907 and 1910 and later at Avonmore on the Delgany Road .  The Tunnel was commenced in 1913 by Naylor Brothers of Huddersfield and completed in 1917 by the Engineer William Henn Hinde a local Burnaby resident. He took over since Naylor had withdrawn from the contract. The Long Tunnel is 1084 yards in length, 15 ft high and has a 9 ft 6 inch diameter ventilation shaft, 100 feet deep.

Lyons, Garrett (2015) Steaming to Kingstown and Sucking up to Dalkey, The story of the Dublin and Kingstown Railway, Londubh Books, Dublin.